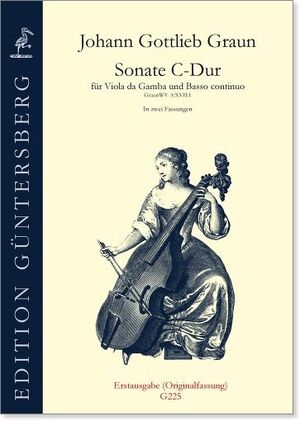 This is J.G. Grauns only solo sonata for viola da gamba and basso continuo. It exists in two variants: the composers autograph and a transcription by L.C. Hesse. Grauns original is quite demanding for the performer, and we believe that Hesse adapted and simplified it for the Prussian crown prince Friedrich Wilhelm. Whereas Hesses version has long been known as an anonymous work, Grauns original has been found in the Archive of the Berlin Sing-Akademie, which has only become available in recent years. Since both versions are authentic examples of the early classical galant style, we are publishing them side by side in a single performing edition, with an extensive introduction by Michael OLoghlin.